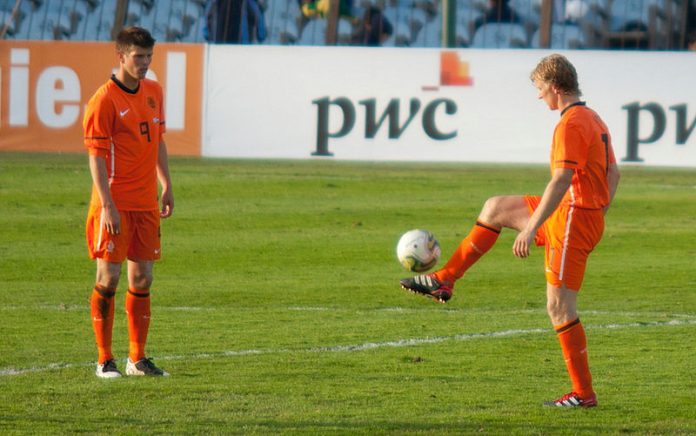 Former Liverpool star Dirk Kuyt has posted a picture on his official twitter account proving that he is still the flying Dutchman.

The 34-year-old forward posted a picture of him fly-kicking a punching bag during training at the Can Bartu training facility.

Kuyt posted the picture along with the caption, “Hard but fun workout today! Jackie Chan eat your heart out. #Fenerbahçe.” 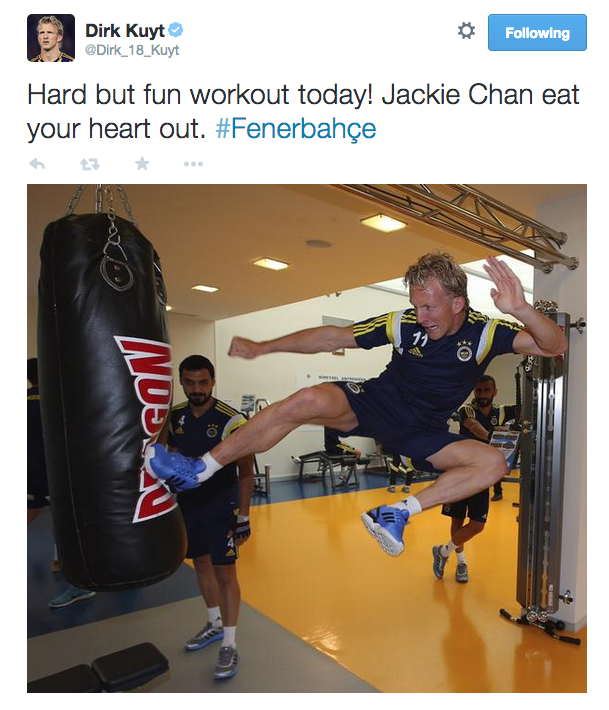 The 34-year-old ended a six-year spell at Liverpool when he moved to Fenerbahce in June 2012 for €1 million.

Kuyt’s contract with Fenerbahce runs out at the end of the season. Fenerbahce are preparing to offer a 34-year-old a one-year contract extension.

Kuyt has made one assist and scored one goal in ten appearances for Fenerbahce this season.