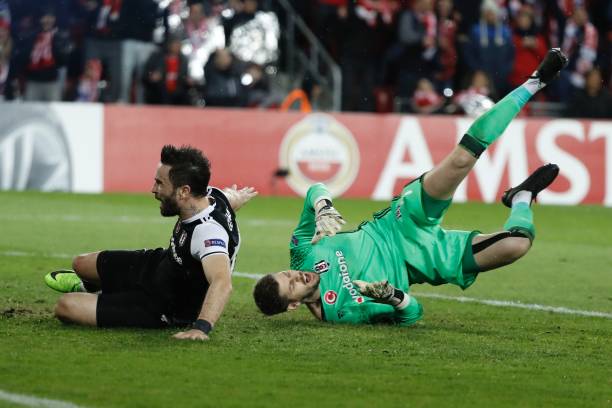 Besiktas have set their signs on Fulham goalkeeper Fabricio Agosto (Fabri) as a replacement for the outbound Loris Karius.

Fabri previously played for Besiktas before making the move to Fulham and it seems the Black Eagles would like their former goalkeeper back.

According to the daily Turkish sports paper Fanatik, Besiktas are on the hunt for a new goalkeeper and are already in talks with Fabri.

READ: Liverpool may have new club for Loris Karius after Besiktas rule out summer move

Per the source, the Istanbul based club are confident of securing a deal with both club and country while Fabri is understood to be keen on a return to Besiktas too.

Current Besiktas goalkeeper Loris Karius will return to his parent club Liverpool in the summer.

The Germany international has failed to impress during his two-year loan period at the club.

Fabri is currently out on loan with RCD Mallorca where he has made just one La Liga appearance. The 32-year-old has little over a year remaining on his contract with Fulham.

Fulham are back in action on Saturday when they take on Bristol City. Besiktas meanwhile face relegation battlers Ankaragucu on Friday evening.