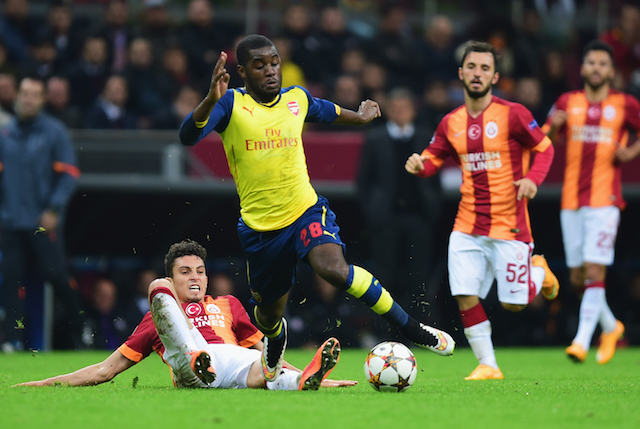 Galatasaray are preparing to launch another offer for Arsenal’s Costa Rica international Joel Campbell according to the Vatan newspaper.

The 23-year-old has been closely linked with a move to the Istanbul Giants over the past season.

The report goes onto state that Arsenal have set a €7 million valuation on Campbell however, Galatasaray are keen to negotiate a lower price with just a year remaining on the Costa Rican forward’s contract.

Campbell has been transfer listed by Arsenal after spending the last few seasons out on loan according to the Daily Mail.

The 23-year-old received a number of offers last summer but Gunners boss Arsene Wenger wanted Campbell to stay at the North London based club before eventually letting him go on a temporary move.

Campbell was loaned out to Villarreal at a later stage in the season after failing to establish himself in the Premier League.