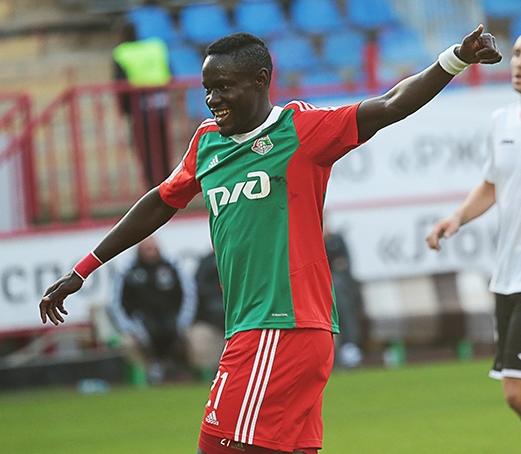 Oumar Niasse who has been linked with Galatasaray in recent weeks has traveled to Istanbul for transfer talks according to the Turkish media.

The Russian sports radio Sport FM also reported that the Senegalese international was in Istanbul last week to hold talks with Galatasaray.

Niasse worked with the new Galatasaray manager Hazma Hamzaoglu while at Akhisar.

The Senegalese international has had trouble finding a regular first team spot in the team and is said to be looking for a move away from the club.

Niasse knows the Süper Lig well, the 24-year-old striker moved to Russia from Akhisar at the start of this season for €6.5 million.

The former Akhisar man has provided two assists and scored four goals in 11 games for Lokomotiv Moscow this season.