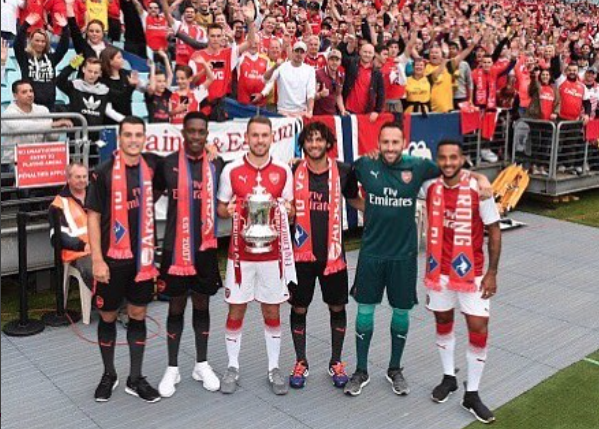 Elneny is among several targets on the Lions shortlist as a replacement for Fernandao.

The Lions sold Fernandao to Sevilla earlier in the transfer window and have made signing a new central midfielder a priority.

The Gunners are open to Elneny leaving this summer as he does not feature in head coach Unai Emery’s plans and made just eight Premier League appearances last term.

The midfielder was not included in the Arsenal matchday squad against Newcastle United last weekend.

The reigning Super Lig champions want the Egypt international on a loan move.

The 27-year-old has another three-years remaining on his contract and Galatasaray would be unable to match the Gunners valuation for a permanent deal.

The Yellow-Reds are able to offer Elneny Champions League football next term.

Galatasaray are confident that Elneny is open to a move but have yet to reach an agreement with Arsenal over the terms of a potential loan.