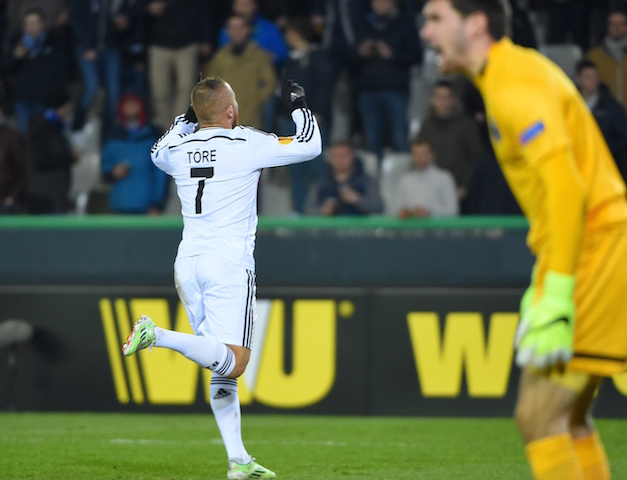 Gokhan Tore will stay at West Ham until the summer

West Ham winger Gokhan Tore will stay at the club over the winter transfer window a source close to the player revealed to Turkish-Football.com.

Tore is currently on loan at West Ham from Besiktas however, the Turkish international has struggled for playing time this season and has been ruled out with injury since November.

There was talk of Tore having his loan stay at West Ham cut short over the winter transfer window however, he will be staying at the East London based outfit.

Tore will not be able to play for the rest of the season after undergoing surgery two months ago.

There is a very slim possibility that Tore will recover in time for action before the end of the season.

Besiktas are happy for Tore to stay on loan at West Ham who will cover his wages.

The Hammers do have a buyout clause option if they decide to sign Tore on a permanent deal – which looks unlikely considering that he did not exactly win the fans over while he was match fit.

West Ham have a €10 million buyout clause option which will remain active until the end of the season.

Tore joined West Ham amid high expectations but only provided a single assist in eight performances.

The former Chelsea youth player was Slaven Bilic’s golden boy during his time in charge of Besiktas and the Croatian manager played a key role in signing Tore over the summer.

The 25-year-old has struggled with injuries over the past two seasons and despite Besiktas stating that they will welcome him back once his loan deal is over he is expected to fall down the pecking order behind the current first-team wingers.

The reigning Turkish league champions are currently second but could move into first place with a victory over Konyaspor tonight.