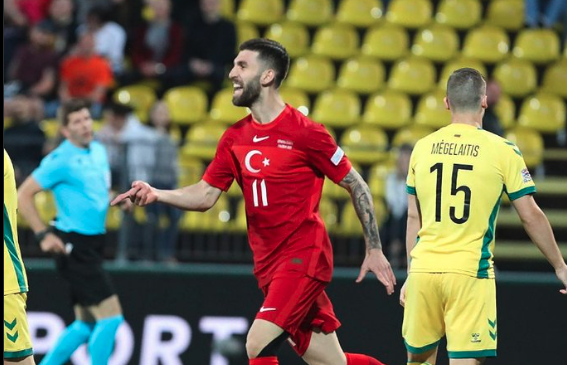 Hull City have confirmed an agreement with Antalyaspor has been reached for Turkish international Dogukan Sinik.

Sinik had been closely linked with a move to the Championship outfit and have now disclosed that the transfer will be going ahead in an official statement released on Monday morning.

A club statement read: “Hull City can confirm an agreement has been reached with Antalyaspor for the transfer of Turkish midfielder Doğukan Sinik. The winger will travel to the Tigers’ pre-season training camp in Marbella to agree personal terms.

“Official confirmation will be made once the player, who has two goals in three appearances for the Turkish national side, has completed his medical and obtained a work permit.”

The winger made 31 appearances in the Turkish top flight last term for the Scorpions.

Sinik will travel to the Tigers pre-season training camp in Marbella, Spain were he will reach an agreement over personal terms ahead of completing the transfer.

The 23-year-old is expected to be officially unveiled as a Hull City player after undergoing a medical.

Sinik will become City’s sixth signing this summer and the third from the Super Lig following Ozan Tufan and Allahyar Sayyadmanesh from Fenerbahce.

Hull City are currently run by Turkish television mogul Acun Ilicali who has used his influence in Turkey in the transfer market this summer.

Ilicali has close ties with Fenerbahce who City have signed two players from already.