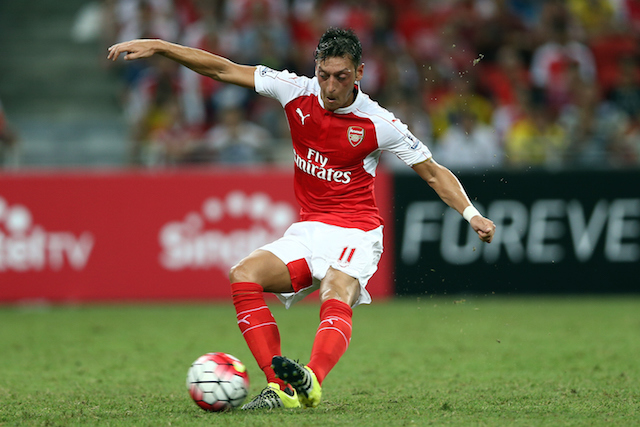 Former Arsenal striker Ian Wright has joked that he is no longer a Gunners legend.

Ozil struck back at ‘Arsenal legends‘ during the international break for their lack of support.

Wright responded to Ozil last week by stating that the playmaker should sign a new contract with the north London-based club before criticising former players.

Ozil has under 10 months remaining on his current deal with Arsenal and could end up leaving the club for free next summer.

The World Cup winner played a starring role for Arsenal during their 3-0 victory over Bounemouth on Saturday.

Wright meanwhile joked that he is no longer revered in north London as a legend following his criticism of Ozil.

“My legendary status got revoked by some people on Twitter. I told them about themselves,” Wright stated live on Match of the Day.

“I’m not a legend anymore, apparently.”

Arsenal face a tough fixture away from home against Chelsea this weekend. The Blues come into the game following three Premier League victories.