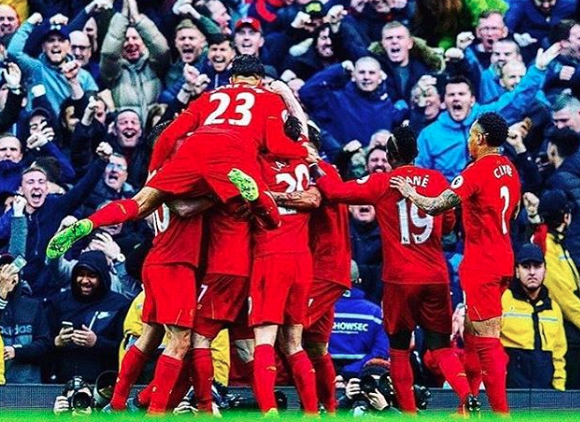 Liverpool star Emre Can has already established himself as a master of the knee slide goal celebration.

The Germany international of Turkish origin perfected his knee slide which he unveiled after scoring the winning goal in the 2-1 victory over Burnley last week.

Can did not score in the 1-1 draw against Manchester City at the Etihad but his defence splitting pass did result in Liverpool winning a penalty which James Milner converted.

The 23-year-old did not pull off a knee slide this time around, instead he shared a picture on Instagram of his flying jump onto his fellow teammates.

The picture captures Can landing on his teammates during mid-flight.

Good point in a very intense game! Now off to the national team✈️ #WEARELIVERPOOL #YNWA #EC23

Can also added the following caption: “Good point in a very intense game! Now off to the national team #WEARELIVERPOOL #YNWA #EC23”

The powerful midfielder has been called up to the Germany national team over the international break.