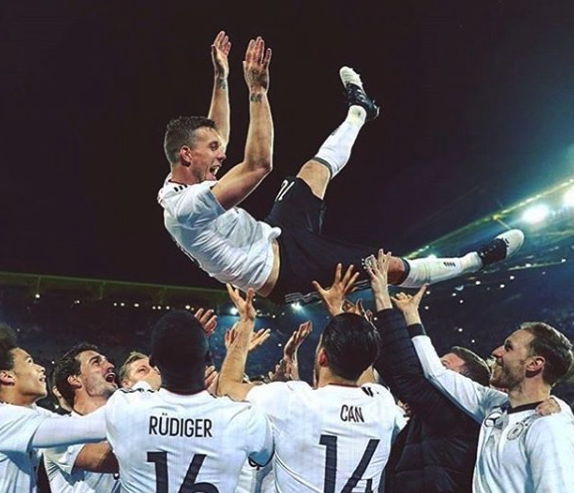 Germany international star Lukas Podolski scored the winner in the 1-0 victory over England.

The game was Podolski’s last for the Germany national side and he bowed out in style scoring a sensational long range goal.

The home crowd game Podolski a standing ovation to the theme tune of Gladiator – the film.

Liverpool star Emre Can did not start he did feature in the second half.

Can shared a post-match picture of Podolski on his official Instagram account alongside a caption written in Germany.

The 23-year-old also wrote ‘Gaz Ver’, which is Turkish for give gas. Podolski uses the term often on social media. The literal translation may not make a whole lot of sense but the phrase is used as a term for someone who is able to motivate people and give them confidence to carry out an action.

Podolski has learned Turkish at Galatasaray. Can meanwhile is a Germany international of Turkish origin and also fluent in the language.