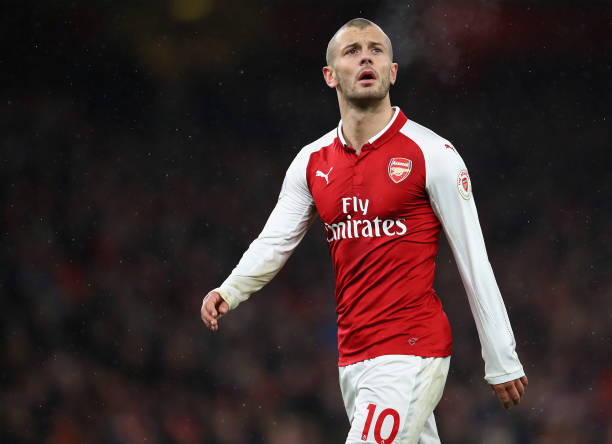 Arsenal midfielder Jack Wilshere faces an uncertain future at the club as his contract is set to expire at the end of June.

Wilshere will be a free agent unless he signs a new deal but as things stand no agreement is in place.

The 26-year-old has attracted interest from Turkey.

Turkish-Football reported that Galatasaray made contract with his representatives over a summer move.

It turns out that Roma are also plotting a move for Wilshere according to La Repubblica.

Per the source, the Giallorossi are concerned about Radja Nainggolan’s future at the club and are considering their options in case of a transfer.

Roma were linked with Wilshere two seasons ago but the deal ended up falling through.

Wilshere will not travel with the England squad to Russia as he was left out of the World Cup squad.

Recently appointed Arsenal boss Unai Emery has yet to comment on the future of Wilshere.

“I want today to speak the team globally,” he said. “I don’t want to speak individually of players because all the meetings with Ivan, Raul, Sven, this team is big.”

Wilshere scored twice and provided six assists for the Gunners in all competitions this campaign.