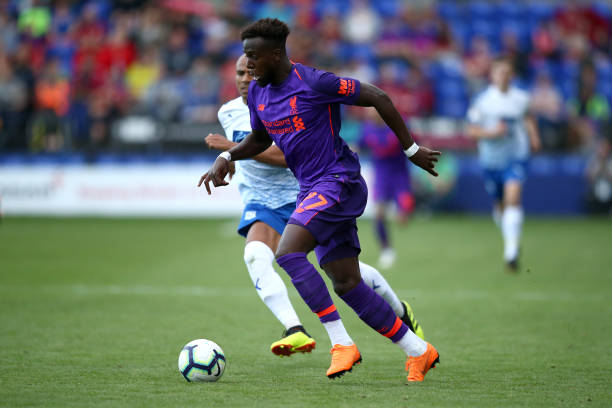 Liverpool forward Divock Origi has been closely linked with a summer exit this transfer window.

Turkish giants Fenerbahce and Besiktas have both expressed an interest in the striker.

Hislop made it clear that he thinks a move to the Black Eagles would make sense and urged Origi to make a move this summer.

“But the truth is, I don’t think there’s a huge market for Divock Origi.

“Maybe they can have a clause in there that it becomes permanent, whatever. They’ll figure out the fine print later on.

“But in terms of the transfer, it makes sense.”

The report comes amid reports in Turkey claiming that Fenerbahce have urged Liverpool to make a transfer decision by the end of today regarding Origi.

Fotomac report that the Yellow Canaries have made a loan offer but that they want to complete the transfer today so they can register him to UEFA for the Champions League 3rd Round tie against Benfica next week.

Origi joined Liverpool from French outfit Lille in 2014 and has scored a total of 21 goals in 77 appearances.

The forward has 25 international caps for Belgium but did not make the World Cup squad this summer.

The problem is the Reds are keen on letting Origi leave on a permanent deal as he has just 12 months remaining on his contract.