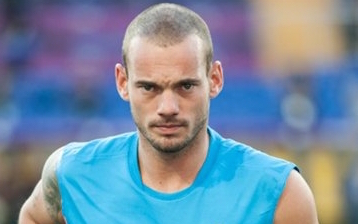 Juventus are contemplating making an improved offer for Galatasaray’s Wesley Sneijder according to the Italian football website Sportsmediaset.

According to the report, Juventus manger Massimiliano Allegri wants a playmaker and is persisting on Sneijder due to his experience in Serie A and knowledge of the Italian language.

Juventus had a bid rejected by Galatasaray earlier on in the month but are unwilling to match Galatasaray’s valuation of €20 million.

“Sneijder is one of our most important players,” Hamzaoglu told Sky Sport Italia.

“He will remain with us, and this is a decision I am very pleased about, I am sure it will bring a positive effect on to the team.”

The Netherlands international has been closely linked with moves to Juventus and Manchester United over the transfer window.

Sneijder joined Galatasaray from Inter in 2013 for €8 million and still has just under two-years left on his contract.