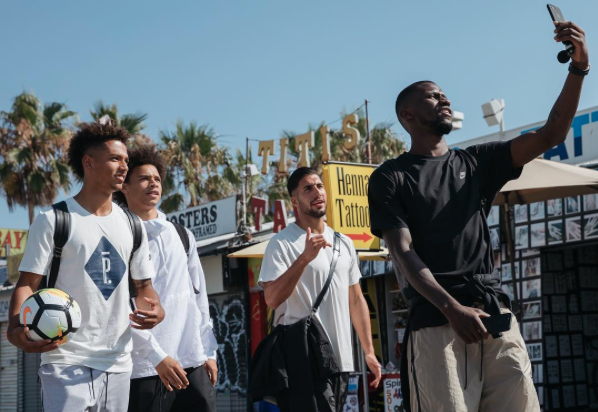 Manchester United are keen on Juventus outcast Emre Can according to Sky Sports.

Per the source, United are considering a move for the midfielder of Turkish origin in January.

Can joined Juventus on a free transfer at the end of the 2017-18 season after running down his contract at Liverpool following a four-season spell at the club.

The reigning Serie A champions reportedly want £35m for the out-of-favor midfielder in January.

Can has another three-years remaining on his Juventus contract.

The 25-year-old has not started a game for Juve this season and was omitted from the Champions League squad.

The midfielder did recently state that it was a decision that could make him consider leaving the club.

“The fact that I am not in the Champions League squad is extremely shocking for me, mainly because I was promised something different last week,” Can said in September.

“I had talks with other clubs [in the summer] and one of the conditions for me to stay was to be part of the Champions League squad. Then they phoned me and told me, in a conversation that didn’t even last a minute, that I was not on the list and they didn’t give an explanation.

“That makes me angry and furious, they haven’t been honest with me. If I knew about it earlier, I would not have stayed at Juventus.”

Can did apologize on his Twitter account following his outburst and made it clear he would not make similar comments again.

Out of respect to Juventus and my team mates, whose success has always been my first priority, I won’t say anything more and will continue fighting on the pitch.

United have parted ways with midfielders Ander Herrera and Marouane Fellaini in the past 12 months without replacing them.