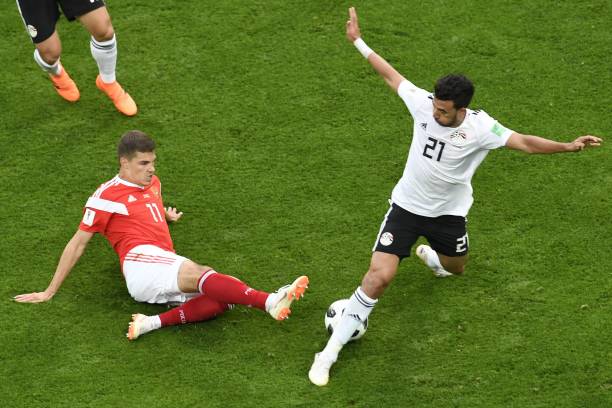 Kasimpasa winger Trezeguet has officially completed his move to Aston Villa for an £8.75m fee according to the BBC.

The official Aston Villa website does not disclose his fee but states that the transfer is subject to a work visa and international clearance.

Mahmoud Hassan who is better known as Trezeguet does is not automatically entitled to a work visa to play in England due to not being an EU or UK national.

The 24-year-old started his career with Al Ahly in Egypt before moving to Anderlecht and then Kasimpasa in Turkey.

The Super Lig side signed Trezeguet for just £1.8m [Transfermarkt] in summer 2018 after spending the previous season on loan at the club.

The Egypt international scored nine goals and provided 10 assists in 38 appearances for Kasimpasa in all competitions last term.

The previous season Trezeguet scored 16 goals and provided eight assists in 33 games for the Istanbul based side.

Trezeguet has 41 international caps for Egypt since making his debut in August 2014.