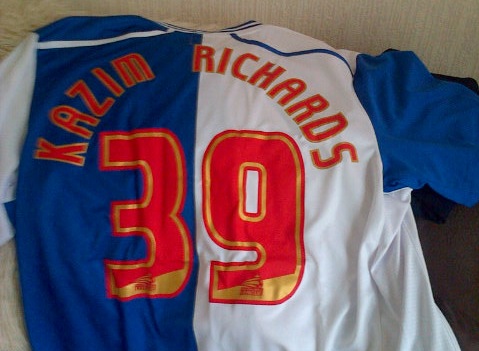 PSV rivals Feyenoord 4-3 in a thrilling game at the Philips stadium to go four points clear on Wednesday.

Elvis Manu opened the scoring to put Feyenoord ahead early in the first half but De Jong equalised on 22 minutes.

Feyenoord managed to go back ahead when Karim El Ahmadi scored just before the half-time whistle.

PSV came out of the blocks firing in the second half and De Jong struck scored two headers to give the home side the lead.

Nineteen-year old Bilal Başacıkoğlu setup fellow Turkish international Kazim-Richards with the equaliser but it proved not to be enough as Depay scored the winner for PSV in the second minute of additional time.

Kazim Richards now has six goals and five assists in all competitions this season.

PSV are first in the Eredivisie with 40 points from 16 games, Feyenoord remain fourth with 28.