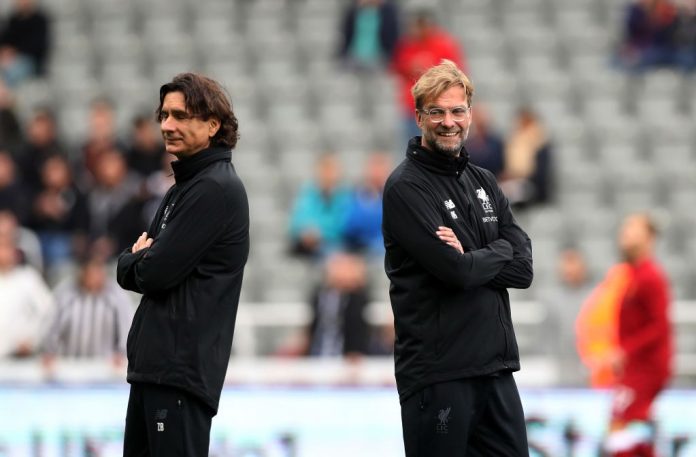 Ozan Kabak could be set for his Liverpool debut after the reigning Premier League champions were rocked by more injury problems.

Reds boss Jurgen Klopp has ruled out stand-in centre-back Fabinho featuring against Leicester City on Saturday after being ruled out with injury.

READ: ‘I like him’ – Dietmar Hamann backs Ozan Kabak to success at Liverpool

Fabinho joins Virgil Van Dijk, Joe Gomez and Joel Matip who are ruled out for the rest of the season.

.@LFC manager Jurgen Klopp is wary of the pace of @vardy7 and so, with @_fabinhotavares injured, that could see new signing @ozankabak4 make his debut against @LCFC pic.twitter.com/EFVbMg9sgS

With Klopp facing even fewer options in defence he may give January signing Ozan Kabak a shot.

Kabak joined the Reds on loan from Schalke 04 in January.

Klopp backed Kabak to handle the pressure of being the new kid on the block and revealed that having no fans in the stadium may help him settle in as there will be less pressure. But that he does not expect the young defender to be phased by playing in front of fans either.

“He is still young, so probably yes. Of course it can help,” added Klopp.

“I was not a good player, how we all know, but I enjoyed each single supporter in the stadium, at least when there was a number over 200.

“I never saw it as pressure when supporters were there but I know what you mean: if you make a mistake you hear the whole noise of the crowd, that’s not nice.

“He is young but experienced as well at playing in front of a lot of supporters; he played at Stuttgart which was very often a sold-out stadium, Schalke is pretty much sold out every home game so he is used to that.”

Another option Klopp has is Nat Phillips but he has less game-time than Kabak had for Schake this season.

Despite being just 20-years-old Kabak has a wealth of experience having played as a first-choice defender at Galatasaray, Stuttgart and Schalke before his move to Liverpool.