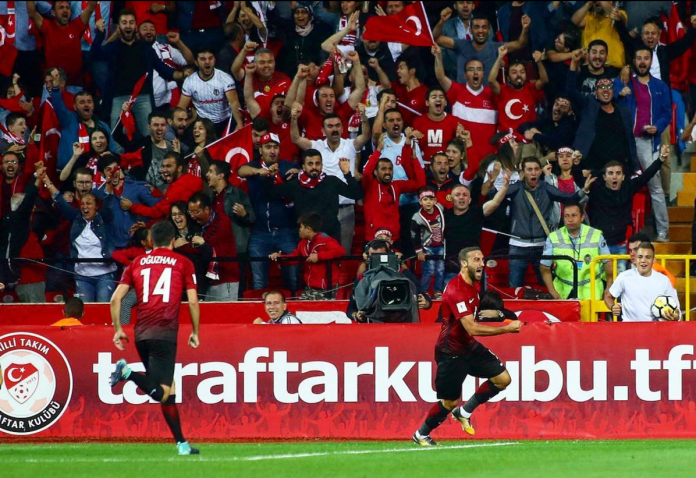 Besiktas star Cenk Tosun has been closely linked with a move to the Premier League over recent months.

Crystal Palace, Newcastle and Tottenham have all been linked with the Turkish international.

The Premier League sides linked with Tosun could face competition from Spain according to Turkish sports newspaper Fanatik.

Per the source, Atletico Madrid, Valencia and Sevilla have all joined the race for the 26-year-old.

The La Liga sides are interested in a January move for Tosun and will send scouts to keep tabs on him in the Champions League clash against Red Bull Leipzig next week.

The report makes it clear that Besiktas want £17.5 million for their star man and are not prepared to accept a lower fee.

Tosun scored 24 goals in all competitions last season for the Super Lig champions.

The Besiktas ace scored the Champions League goal of the group stages against Benfica.

The Germany born striker also netted the Champions League goal of the week for his long range effort against Porto on Match Day 1.

Tosun has four goals in all competitions for the Black Eagles this season.