Leeds United have stepped up their interest in Galatasaray transfer target Jason Denayer.

Galatasaray have been closely linked with Denayer this summer as they look to re-sign him on a season-long loan.

Denayer spent last season with the Istanbul giants and helped the Lions lift their 21st Turkish Super Lig title. However, the Lions are in danger of missing out on landing the versatile defender.

According to the daily Turkish newspaper Fanatik, Leeds are preparing a £8 million bid for Denayer. 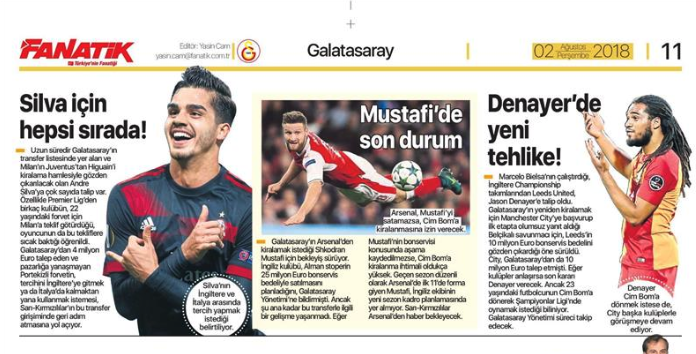 The report goes onto state that Denayer is keen on a Galatasaray move to play in the UEFA Champions League. The Lions have however been unable to strike a deal with Manchester City.

Denayer established himself as a first team regular in Fatih Terim’s starting eleven last season and has two years remaining on his deal with Man City.

The Belgium defender was part of the City US pre-season tour but they are keen to sell him this summer rather than allow his contract to run into its last year.

The 23-year-old made a total of 22 appearances for Galatasaray last season.

Denayer would be set for his third loan stint with the Istanbul based side if he were to join on another temporary move.