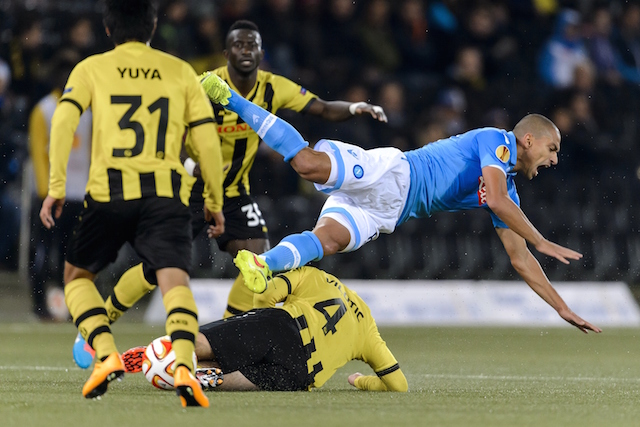 Inler has been left out of the squad for the Foxes last two games and has not featured in the last six league matches.

Despite not getting as much playing time as he probably hoped he would when he signed for the Premier League leaders on a £5 million move from Napoli over the summer he has managed to stay in a good mood.

Inler let his social media followers know just how good of a mood he was in by sharing a picture and stating it in the caption underneath.

When you are top of the Premier League table I guess you are bound to be happy even if you don’t make the team,

Inler may not be playing but teammate Kasper Schmeichel still had a kind word or two to say about him and stated that the Switzerland international of Turkish origin is probably the smartest player in the team.

Speaking after the Foxes 3-1 victory over Manchester City the son of the famous Manchester United keeper gave an interview spilling the beans on his teammates.

When asked who he thought the most intelligent player on the team was he responded: “Definitely not Vards. I’d have to say Gokhan Inler.”