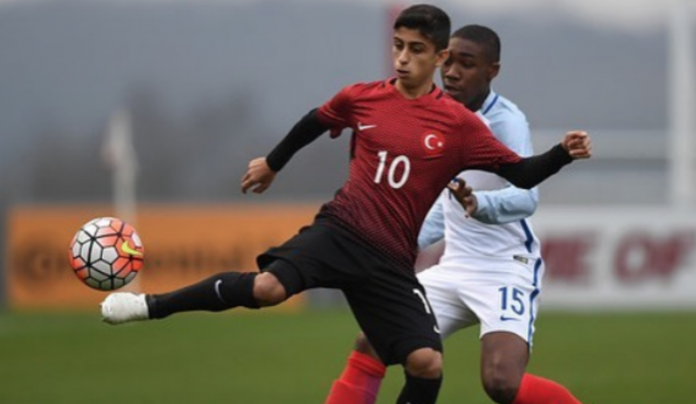 Lille have won the race for Valencia wonderkid Ferhat Cogalan according to L’equipe.

Per the source, the Ligue 1 outfit have signed a three-year professional deal with the 16-year-old.

Cogalan was expected to remain at Valencia but Lille owner Gerard Lopez and manager Christophe Galtier managed to convince the youngster into making the move.

Lille proposed to gradually integrate the Turkey youth international into the first-team this season.

United first expressed an interest in Cogalan after being recommended by Phil Neville during his time as Valencia assistant coach.

Cogalan’s father Sedat traveled to Manchester for talks with United at Carrington.

Sedat was quoted by Turkish-Football as saying in 2017: “We’re in no hurry because Ferhat is in contract with Valencia until 2021.

“But when a club like Manchester United invites us, it is logical that we study the proposal, right?”

The right-footed No 10 was nicknamed the ‘jewel’ of the Valencia academy and was one of the most promising player in the youth leagues.

The likes of United, Barcelona and even Valencia offered Cogalan youth league action next season.

Lille managed to convince the youngster to join with the promise of integration to the first-team.

The French outfit have an impressive record developing talent over the years.