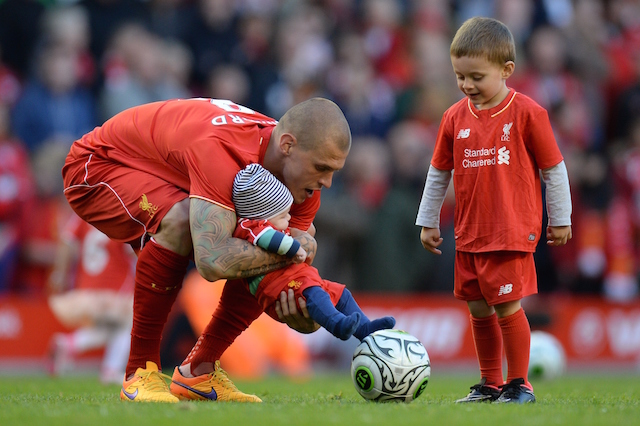 Liverpool defender Martin Skrtel is open to a move to Turkey according to football agent Mithat Halis.

“Skrtel is considering a move to Turkey he is open to the option of playing here,” Halis said.

The agent also said that Besiktas have made an offer for Skrtel and that Fenerbahce have made a bid in the past.

“Fenerbahce made an offer last season. Besiktas want Skrtel and make no secret of this, Turkish sides have been trying to sign him for five seasons but this summer he could make the move,” Halis said.

Fenerbahce do of course have Skrtel’s Danish national team compatriot Simon Kjaer but Besiktas won the league and would be able to offer Champions League football next season.

Galatasaray are also reported to be interested but have are would be unlikely to sign Skrtel considering their financial position and the fact that they will not be playing European football next season.

Besiktas struggled defensively last season and one of their key defenders over the second half of the season Marcelo will return to Germany after his loan deal expires.

Liverpool signed Skrtel from Zenit St. Petersburg back in 2008 and the experienced defender has now made 320 appearances for the Premier League giants.