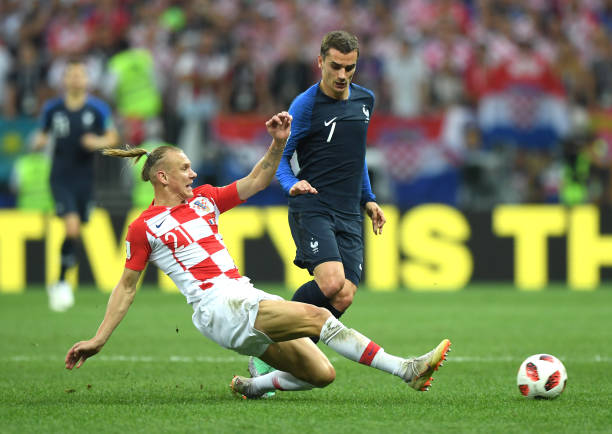 Besiktas defender Domagoj Vida has been closely linked with a move this summer.

The Turkish media have persistently reported that Liverpool and West Ham are interested in signing the Croatia international.

Black Eagles president Fikret Orman has opened up about the latest in regards to Vida’s transfer situation.

The World Cup finalist has received offers but Orman did not reveal which clubs have made bids.

Orman did not make it clear whether Vida would be leaving and appeared a bit fed up with the daily reports regarding new offers.

“I am reading, 30 million, 40 million, 50 million offers, there are so many rumours floating around,” Orman said.

“Yes we have had offers for Vida, verbal offers but nothing more.

“We haven’t said if they bring this much money we will sell either.”

Turkish football agent Ugur Avadan, who has close ties to Besiktas, recently confirmed that Liverpool and Everton tabled an offer for Vida.

“Liverpool and Everton are huge clubs that have made offers,” Avadan told Radyospor.

Besiktas press officer Metin Albayrak as admitting to offers being made for the defender.

“We have received offers for Vida and we are considering them but that does not mean he will definitely leave,” Albayrak stated.

Vida played an important role in Croatia reaching the World Cup final, starting every game in the tournament, scoring in the quarter-final against Russia and providing an assist in the final against France.