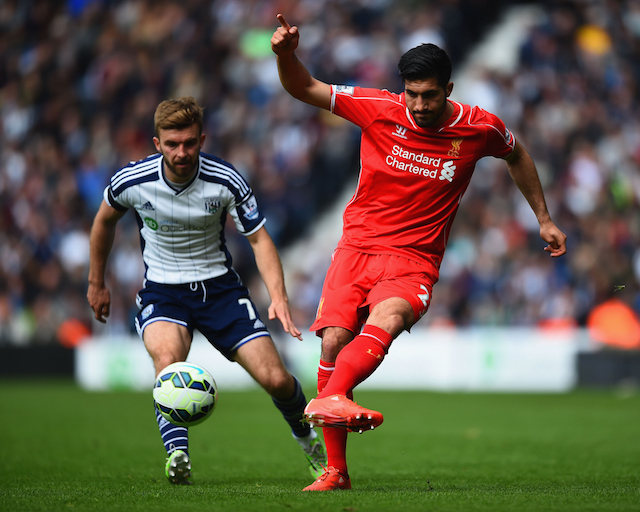 Liverpool beat West Brom 2-1 at Anfield to join Arsenal and Manchester City at the top of the Premier League table on 20 points with just goal difference separating all three sides.

Germany international of Turkish origin Emre Can has had to work hard to fight for his place back in the first-team after being dropped following injury against Burton Albion.

Can started against the Baggies and looked close to his best in central midfield alongside Jordan Henderson and Adam Lallana.

Liverpool fans were generally pretty pleased with Can’s display while also understanding that he needs more playing time to get back into the swing of things.

Emre Can my man showing doubters that he needs minutes to get back to his best. Bossing this game!

Can did face quite a lot of stick last week which prompted one angry tweeter to send this out.

Moral of the story: you are idiots. Own up.

We need players like Emre Can to come in play well & give klopp a selection problem, I thought he was average against utd great against Wba

He really is ‘head and shoulders’ above the rest!

Emre Can is an automatic pick in Liverpool's midfield because he has the most luxurious hair in Europe. #LIVWBA

they must have never seen Emre Can. https://t.co/k1XJqVcONs

And some more fan love

It's Matchday for the Reds! We face WBA at 17.30! Cover star: Emre Can. #LFC #LIVWBA pic.twitter.com/ypKhq0fL0Z