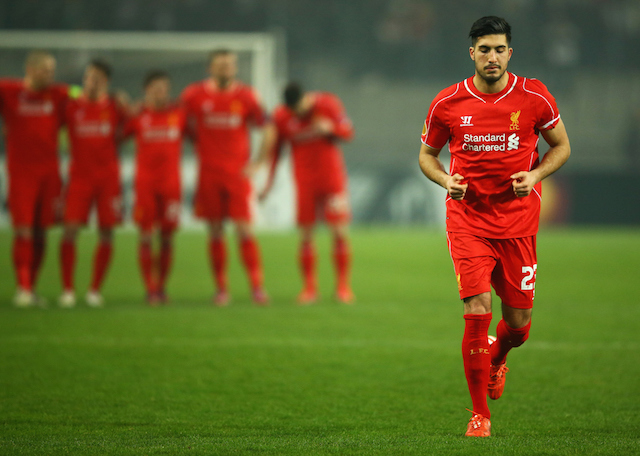 Liverpool legend Mark Lawrenson has urged fans and pundits not to label Emre Can the next Steven Gerrard.

The former Liverpool midfielder believes that placing such a label on Can could needlessly increase the pressure and expectation on him.

“Don’t heap the burden on one person – ‘this guy’s Steven’s replacement’,” he said. “It’s impossible, isn’t it?” Lawrenson told the Express.

Can recently revealed that he has been flattered with pundits heralding him as the next Gerrard but admitted he wants to follow his own path going into the future.

The 21-year-old was asked what he thought about being tipped as the successor to Gerrard in an interview with 11Freunde.

“I’ve read some of it. It would be great if I could have such a career, but I want to follow my own path,” Can responded.

Gerrard left the Reds for the MLS after spending his entire career at the club. The Liverpool legend was widely regarded as one of the greatest players the club has ever seen.

Can has been playing as a central midfielder for the Germany U21 side and is expected to play a similar role for the Reds after the summer break.