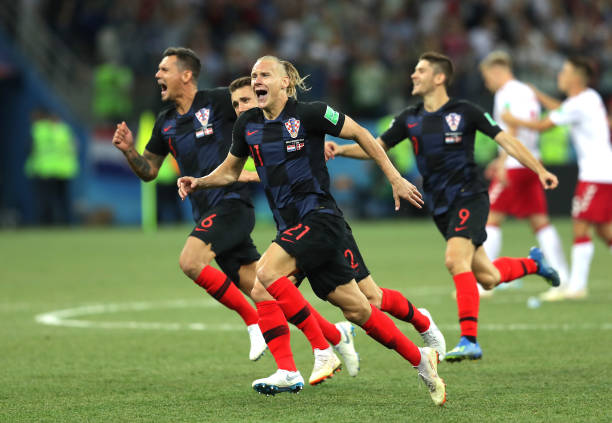 Liverpool have joined Everton in the race for Besiktas defender Domagoj Vida according to Turkish journalist Turgay Demir.

Speaking live on A Spor, Demir said: “Everton and Liverpool have made an offer for Vida, €15m has been proposed but Besiktas will not consider a bid below €20m.”

The defender has been linked with several clubs since Turkish-Football first reported that the Toffees had expressed an interest.

Besiktas have given the green light for Vida to leave but only if the price is right.

The Black Eagles are wary of selling another star player without finding a replacement after what they went through with Cenk Tosun.

Vida joined Besiktas on a free transfer from Dynamo Kiev in January and does have another four-years left on his contract.

Black Eagles manager Senol Gunes wants to keep Vida on but the board have made it clear he will be sold if their valuation is met.

The Super Lig outfit sold Tosun to Everton for a record fee but have still not found a like for like replacement.

Besiktas are of the view that Vida’s stock could continue to rise over the course of the 2018 World Cup.

The 29-year-old put on another impressive display in the Last 16 clash against Denmark.

Vida made the highest number of interceptions (3) and clearances (14).

Croatia have conceded just a single goal with the Besiktas defender starting for his national side.

The powerful centre-back plays alongside Liverpool defender Dejan Lovren in the Croatia defence.