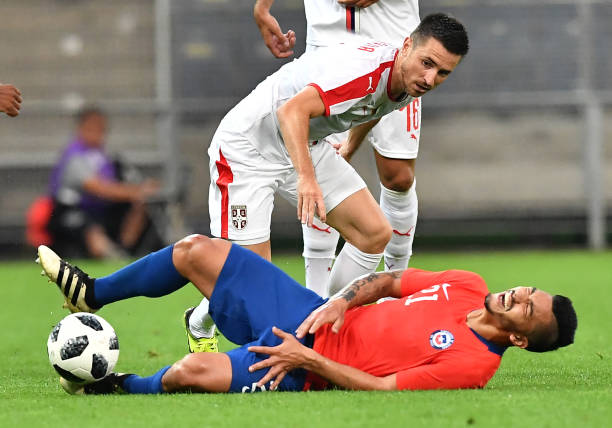 Liverpool midfielder Marko Grujic is set to make a decision over his Anfield future next week according to the Aksam newspaper.

Per the source, Grujic is likely to leave the Reds over the summer and two destinations available, Galatasaray or Cardiff City.

The 22-year-old has offers to join both clubs but has yet to decide which club he will join.

Galatasaray want the midfielder on loan and would be able to offer Champions League football next season.

Grujic did however, play at Cardiff last season making 14 appearances in all competitions helping the Welsh giants achieve promotion to the Premier League.

The young midfielder was part of the Serbia national team 23-man squad at the World cuP in Russia but did not make a single appearance.

Grujic reported for pre-season training at Melwood on Friday morning.

Liverpool will fly out to America on Saturday for the International Champions Cup.

The Serbian is expected to fly out as well after a day of testing according to the official club website which does raise questions regarding the latest transfer reports.

Cardiff City manager Neil Warnock confirmed he wants Grujic back but that his agent is causing a problem.

“It’s a waiting game, but we won’t wait forever,” he was quoted as saying by the BBC.

“I think his agent – as they do – probably thinks he is going to try and make more money somewhere else.

“Liverpool want him to come and I think it will be good for him. I think Marco does as well.

“We will see what happens by Friday this week. I never lose sleep over targets if I am honest.

“I always think it’s their loss if they don’t come.”