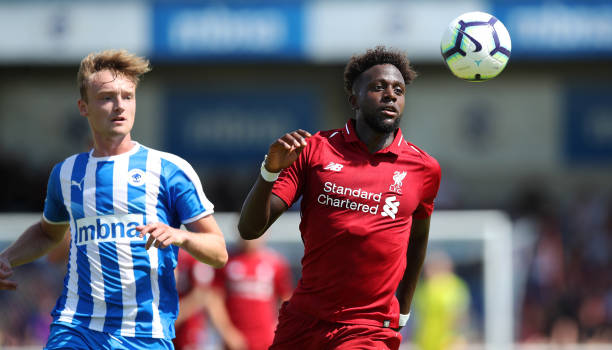 Fenerbahce have made a move for Liverpool forward Divock Origi according to the Fanatik sports newspaper.

Origi is reported to be keen on the move and the Reds have given the forward the green light to leave Anfield this summer.

Liverpool are prepared to accept an Anfield exit on one condition, that Fenerbahce sign Origi on a permanent deal.

Fenerbahce meanwhile, are keen on a loan deal with a buyout clause option to sign Origi next summer.

The Reds would have to extend Origi’s contract by an additional season to work the proposal by Fenerbahce sporting director Damien Comolli.

The 23-year-old has just 12 months remaining on his current deal and would be a free transfer next summer unless he is offered an extension.

The Reds would reportedly consider cut-price deal if the Istanbul giants are prepared to sign Origi on a permanent transfer.

The Yellow Canaries would struggle to match the Reds £26m valuation [Mirror] for the striker due to pressure from Financial Fair Play to curb spending.

The Super Lig outfit face the prospect of suspension from European competition if they breach their spending agreement with FFP.

Comolli is prepared to wait until the striker is available to sign on a free transfer, which would be January, if Fenerbahce are unable to reach an agreement.

The report makes it clear that Liverpool have no other sides that have made a formal approach for the striker.

Origi has scored 12 goals in 51 appearances for Liverpool but has fallen behind Roberto Firmino, Daniel Sturridge and Dominic Solanke in the pecking order.