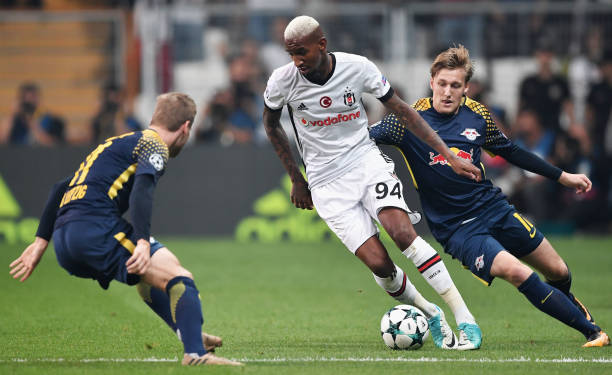 The Bundesliga giants hammered Besiktas by a 5-0 scoreline on the night all buy securing their spot in the quarter finals.

A source close to Besiktas has revealed to Turkish-Football that several members of the Liverpool scouting team were present at the game.

Per the source, the Reds have been keeping tabs on the Brazilian midfielder Anderson Talisca for several months.

However, it was a night to forget for the midfield playmaker following his sides heavy defeat.

The 1.91m tall midfielder is currently on loan at Besiktas from Benfica until the end of the season. The Istanbul giants intent on signing Talisca on a permanent deal.

Liverpool are back in action this weekend when they take on West Ham United in the Premier League.