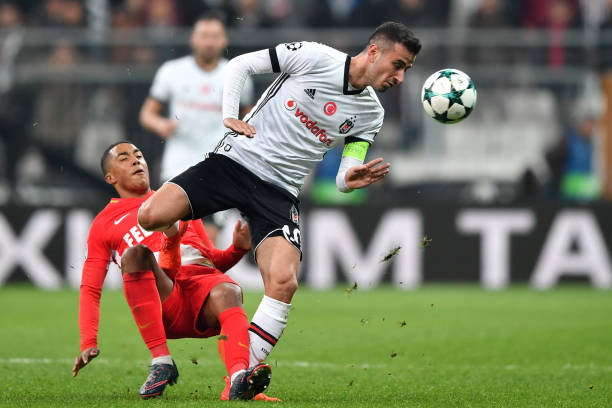 Liverpool scouts were present during the Istanbul derby over the weekend between Besiktas and Fenerbahce.

The Black Eagles ended up winning the game by a 3-1 scoreline, bringing them within three points of league leaders Galatasaray.

A source close to Besiktas has revealed to Turkish-Football.com that Liverpool sent scouts to the Intercontinental derby. Per the source, the Merseyside based clubs are keeping tabs on both Anderson Talisca and Oguzhan Ozyakup.

However, the trip was in-vain as Ozyakup was removed from the squad hours before kick-off due to a stomach bug. Meanwhile, Anderson Talisca was ruled out with a suspension.

Ozyakup has been closely linked with a move to Liverpool’s rivals Arsenal in recent weeks.

The Turkey international is no stranger to English football after spending four years in Arsenal’s youth teams. The 26-year-old made his competitive first-team debut in September 2011 in a League Cup match against Shrewsbury Town.

Ozyakup has entered the final four months of his contract and will be available to join Liverpool for free at the end of the season.