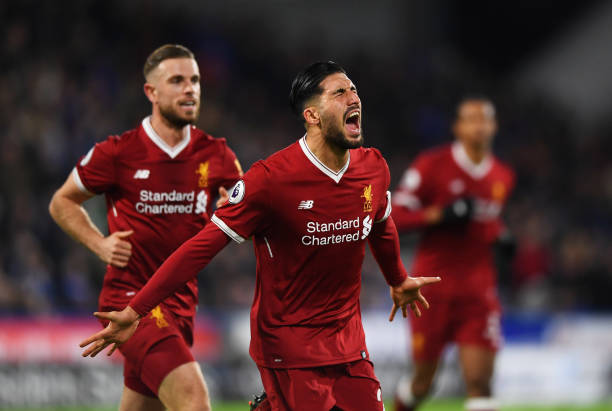 One player who knows all about Pep Guardiola is Emre Can.

The midfielder of Turkish origin swapped Bayern while Guardiola was in charge for Bayer Leverkusen a year before joining Liverpool in a £10million deal.

Can revealed he has no regrets with the decision he made and that he made the right choice as Guardiola could not guarantee him playing time.

“No, definitely not,” he said, speaking to German newspaper Sport1. “Today you can see that it was the right decision.

“At that time it was like this: Pep Guardiola has come, and I have enjoyed a good preparation [pre-season] under him. Then we had a very, very honest conversation.

“I was very young and it was important for me to play a lot. He told me honestly: ‘I cannot guarantee you now that you will play every week’.

Can has spent the last four seasons at Liverpool and has established himself as a first-team regular under the stewardship of Pep Guardiola.

The 24-year-old could however, be on the move again as his contract expires at the end of the season and he has yet to reach an agreement over an extension. In fact City have actually been linked with Can so a reunion is not totally out of the question.

Liverpool take on City in the first-leg on April 4 2016 at Anfield followed by the return game at the Etihad a week later.