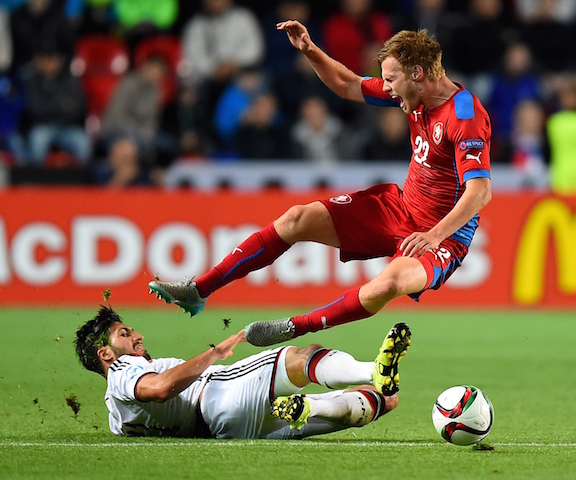 Can was a highly rated youth at the Bayern academy but joined Bayer Leverkusen aged just 20 in pursuit of first team football.

“I do not think Emre Can was not worthy of the high expectations [surrounding him during his time at Bayern],” Vogel was quoted as saying by TZ.

“Maybe he did not give himself enough time to succeed at Bayern. He might have thought it would have been easier to achieve his goals at Leverkusen.”

Can enjoyed a successful season at Bayer playing regular first team football in the Bundesliga and Champions League.

The 21-year-old made a total of 12 appearances in all competitions for the Bundesliga outfit.

The young midfielder joined Liverpool last summer on a £9.75 million move but found himself playing as a defender in a back-three and as a right-back for most of the season.

Can is currently on international duty with the Germany U21 side – playing as a central midfielder – and will play in the semi-finals of the U21 Euro Championship next after finishing the group stages in second place.

The Liverpool midfielder-come-defender already has a goal and an assist to his name in the youth competitions.