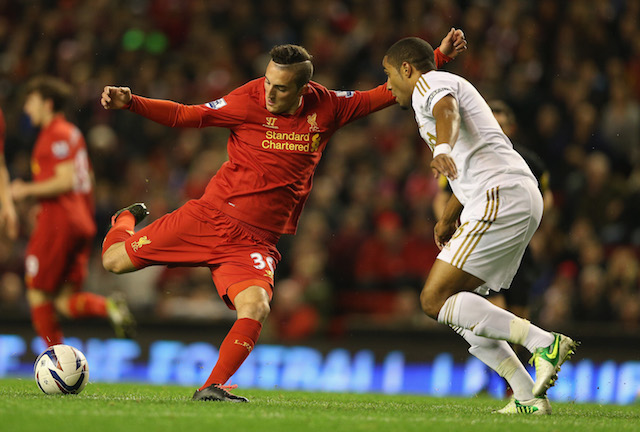 Liverpool striker Samed Yesil is close to agreeing a move to Trabzonspor according to Turkish-Football.com sources.

The 22-year-old’s agent has met with Trabzonspor’s representatives in Turkey and is close to agreeing personal terms with the 22-year-old.

Yesil is understood to be excited to be joining Trabzonspor on their 50th year anniversary. The former Bayer Leverkusen player is known to be a Trabzonspor fan and spent his summer break in the Black sea region of Turkey.

Trabzonpor are looking to re-build their squad for the upcoming season following a disappointing year. The 2016-17 season will be Trabzonspor’s 50th year anniversary and the clubs President is targeting the Turkish Super Lig title.

Yesil is expected to leave Liverpool at the end of June when his contract is set to expire.

The 22-year-old joined Liverpool from Bayer Leverkusen for £1 million and has gone onto make just two appearances for the Reds.

Yesil has made two assists and has found the back of the four times in 17 appearances for Luzern this season.