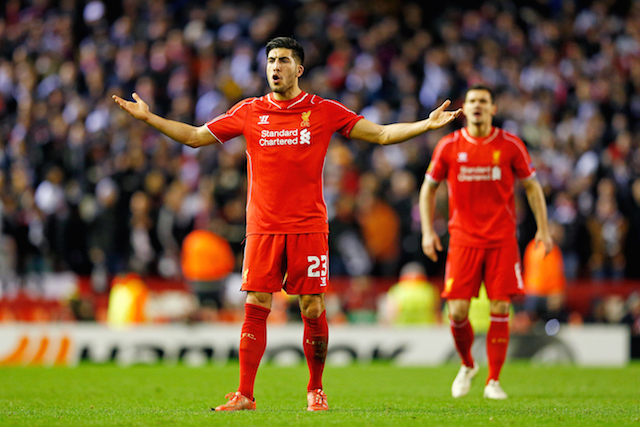 Liverpool welcome Swansea at Anfield hoping to continue an impressive run of results which saw them defeat Manchester City 4-1 at the Etihad and Bordeaux 2-1 in the Europa League midweek to qualify for the Europa League Round of 32.

Emre Can is likely to start after being benched for most of the game against Bordeaux midweek making his well rested for the weekend clash. The 21-year-old has featured predominantly as a central midfielder as opposed to being played a defender as he did under former manager Brendan Rodgers.

Liverpool will however, be without Lucas Leiva who has picked up a suspension meaning the the midfield three will looking from like Allen, Can and Milner.

Swansea meanwhile will be without former Liverpool player Shelvey who is out suspended for the club.