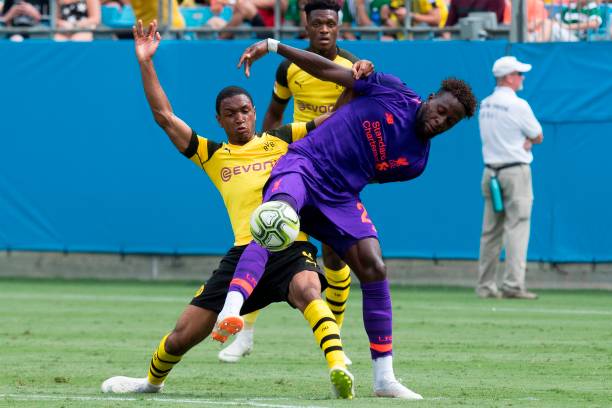 Fenerbahce have urged Liverpool to respond to their offer for Divock Origi before midnight according to Fotomac.

Per the source, the Yellow Canaries have made an offer but want to complete the transfer today.

The Istanbul based outfit want Origi on a loan deal until the end of the season but want a decision to be made before they send their final squad list to UEFA ahead of the Champions League Third Round tie against Benfica.

Fenerbahce want to sign Origi and register him in time for the first-leg next week in Portugal.

The Super Lig outfit have also submitted offers for Leicester City for Islam Slimani and Tottenham for Vincent Janssen according to the report.

Turkish-Football has already reported that Janssen is no longer actually a target for Fenerbahce so that leaves us with Slimani and Origi.

Fenerbahce are unable to match the Reds £26m valuation [Mirror] for the striker due to pressure from Financial Fair Play to curb spending.

The problem with a loan deal is that Origi has just 12 months remaining on his contract.

Unless the Reds were to offer him a one-year extension the club would effectively be allowing him to leave for free.

Fenerbahce could cover his wages for the season and offer the Reds a loan fee but it falls well short of the initial figure Liverpool had in mind.

On the flipside if the Reds do not find a new club for the Belgium striker he would be set to leave for free next summer and have his wages paid in full by the club.