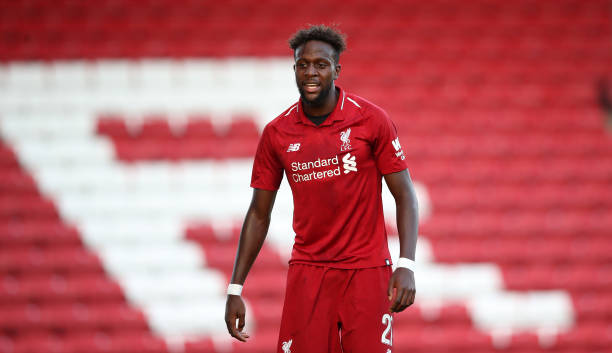 Fenerbahce remain in talks with the representatives of Liverpool forward Divock Origi over a summer move.

A source close to the Yellow Canaries revealed to Turkish-Football that they want Origi on loan.

Alternatively, they would consider a permanent deal but have urged the Reds to reconsider their valuation.

The Reds initial valuation was £26m [Mirror] but Fenerbahce feel they are in a stronger negotiating position following the end of the Premier League transfer window.

Fenerbahce are of the view that Liverpool are unlikely to receive a major offer without Premier League sides in the picture.

La Liga clubs could pose a threat and Valencia have been linked but a formal offer has not been made.

The Yellow Canaries are unable to offer a figure even close to £26m due to Financial Fair Play.

The problem Liverpool have is that Origi has just 12 months on his contract.

A loan move to Fenerbahce would mean the Belgium international leaving on a free transfer next summer, unless the Reds offer a one-year contract extension.

Should Liverpool end up failing to find a club willing to put in an offer for a permanent deal they would still be in the same situation at the end of the season.

Fenerbahce are prepared to wait until the end of the transfer window which ends on August 31 in the hope a last-minute loan deal is accepted.

The Yellow Canaries would be prepared to offer a loan fee and would not have a problem covering his wages.

In total Origi has scored 12 goals in 51 appearances for Liverpool but has fallen behind Roberto Firmino, Daniel Sturridge and Dominic Solanke in the pecking order.