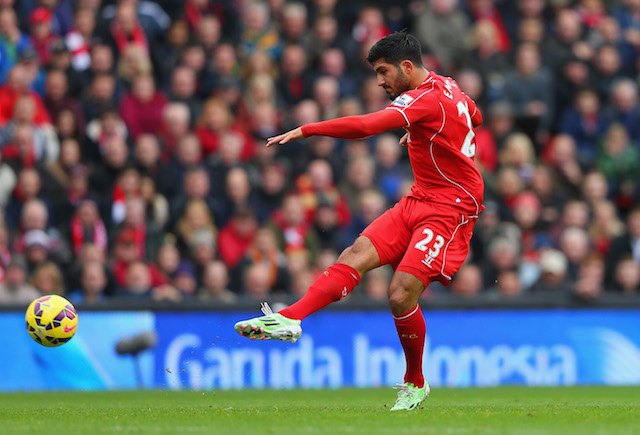 Liverpool welcome Tottenham to Anfield and will be hoping for their first victory of 2017.

The last time the Reds did not to win any of their opening six top-flight games was all the way back in 1954.

Reds head coach Jurgen Klopp could be without Dejan Lovren and Ragnar Klavan in defence according to the BBC.

Per the source, Adam Lallana is also a doubt due to a minor Achilles problem.

Germany international of Turkish origin Emre Can is fit and likely to start in midfield.

Can has three goals and one assist in 26 appearances for the Reds in all competitions this season.

Spurs meanwhile are also facing problems at the back. Mauricio Pochettino will be without defenders Danny Rose and Jan Vertonghen going into the Liverpool clash.

Liverpool have been in free fall since the turn of the year, dropping 12 points in their last five Premier League games and winning just one of their 10 games in all competitions.

Tottenham meanwhile are unbeaten in their last 11 games in all competitions – winning nine of them.

Spurs will also be able to call on Harry Kane who has had a role to play in all three goals in the North London sides last two matches against the Reds at Anfield.

This is the Reds worst start to a season since 1993 but Jurgen Klopp’s side have not lost a league game against a side in the top half of the table this season.