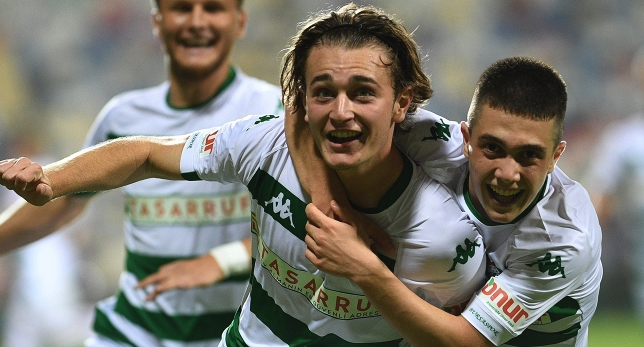 Speaking on the VOLE channel Celikler revealed that Akman is likely to join City.

Celikler said: “I’m going to tell you the transfer story of the year.

“Ali Akman is at Manchester City.

“He is very close to signing, what they do with him I do not know, you know they tend to loan out young players.”

The 18-year-old has been closely linked with Arsenal and Chelsea by the Daily Mail however, Celikler believes City currently have the edge in the race for the youngster.

The highly-rated striker has already established himself as a start player for Bursaspor but he has under six-months left on his contract.

Bursaspor are in financial trouble and would prefer to sell Akman in January to avoid losing him for free at the end of the season.

Akman has yet to sign a contract extension with the club and unless the situation changes he will be a free agent at the end of the campaign.

The Daily Mail claim that Bursaspor want £3m for the forward.

The young striker has impressed for the Green-Whites this season scoring nine times in 16 appearances in the Turkish second tier.