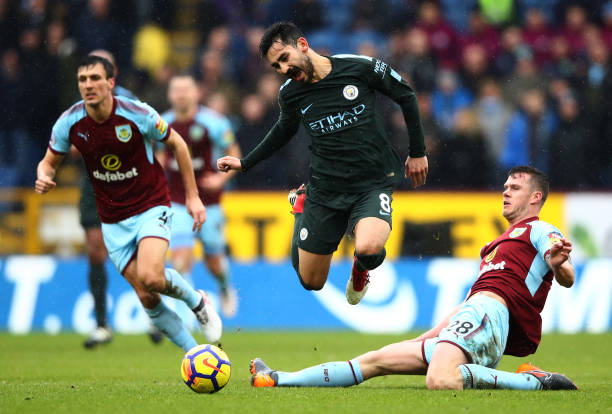 Man City take on Liverpool at the Etihad Stadium knowing that a defeat would see them drop 10 points behind the Premier League leaders.

The Reds have moved seven points clear of City who dropped to third place after losing three of their last five games.

Pep Guardiola could be without star midfielder Ilkay Gundogan against Liverpool. The midfielder of Turkish origin is a doubt against the Reds.

Gundogan may end up missing the chance to face his former manager at Borussia Dortmund, Jurgen Klopp, as a result but remains in contention to make the match day squad.

Kevin de Bruyne was a doubt heading into the game but returned to training and should be available.

Fabian Delph meanwhile is out suspended, Benjamin Mendy, Claudio Bravo and Eliquim Mendy are all out injured.

Liverpool, on the other hand, are without Alex Oxlade Chamberlain, Joseph Gomez and Joel Matip due to injury.

The Reds do have star names Mohamed Salah, Sadio Mane and Roberto Firmino all available.

City, on the other hand, have star trio Sergio Aguero, Raheem Sterling and Leroy Sane.