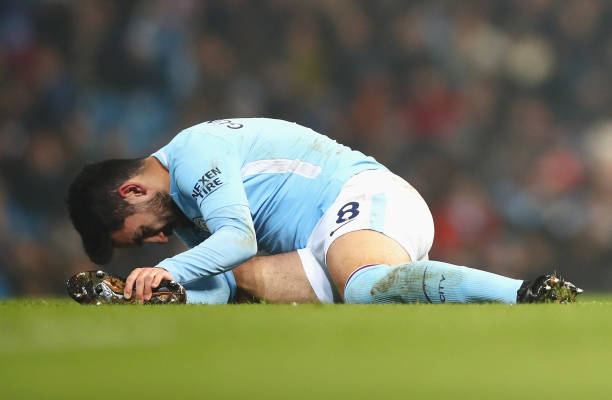 Manchester City will be hoping to go three points clear of Liverpool this weekend when they take on their title rivals at Anfield.

The clash takes place on Sunday and kick-off is scheduled for 16:30 (GMT).

Pep Guardiola’s side comes into the game off the back of four victories in a row. Liverpool meanwhile are without a victory in their last three games in all competitions.

The Reds have won their last four head-to-head against Manchester City.

See More: “He has to focus on is football” – Germany legend believes Arsenal star could shine in the Europa League

Star midfielder Ilkay Gundogan is a major doubt after picking up a hamstring injury during City’s win over Hoffenheim in the UEFA Champions League.

To make matters worse, Fabien Delph is a major doubt while Kevin De Bruyne is still recovering from a knee injury he picked up earlier this year.

Meanwhile, there are also injury concerns regarding Sergio Aguero who has suffered a heel injury.