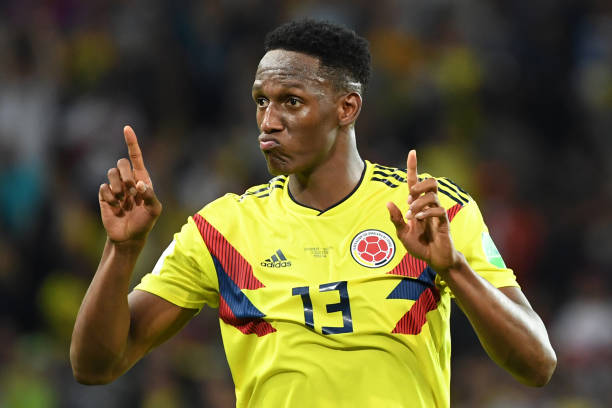 Barcelona defender Yerry Mina could end up parting the club he joined in January with several sides including Manchester United and Galatasaray interested.

Mina failed to win over Ernesto Valverde after joining from Palmeiras and could be cut loose this summer despite an impressive World Cup with Colombia.

Per the source, United have been in contact with Mina and that Lyon have offered €30m for the 23-year-old.

Additionally, Everton have also been linked with the defender but Colombia international legend Carlos Valderrama urged Mina not to move to the Merseyside based outfit and consider Galatasaray instead.

Speaking to Radio Caracol Valderrama said: “The Premier League is attractive but for me the Champions League is the most prestigious.

“I don’t think Yerry should join a mid-table team like Everton.

“Fatih Terim has a great record developing players, if it were me I would pick Galatasaray.”

Additionally, Turkish-Football sources understand that Fenerbahce are keen on a loan move for the defender.

Neither side would be able to match the figures being quoted for a permanent deal.

The 1.95m tall footballer had an impressive tournament in Russia and became the first defender to score in his first three games in a World Cup.

Mina is expected to leave Barca over the summer but has yet to make a decision over his next destination.