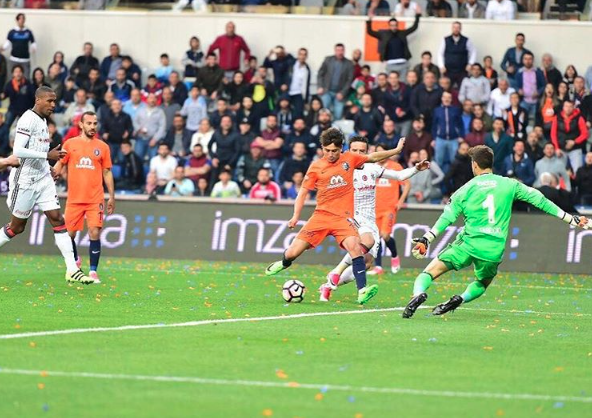 Tottenham have reached an agreement with Basaksehir to sign 19-year-old wonder-kid Cengiz Under according to reports in Turkey.

Turkish sports radio station Radyospor claim that Spurs have struck an £8 million [€9m] deal with the Istanbul based outfit.

Per the source, lengthy talks between Tottenham and Basaksehir officials reached a successful conclusion.

See More: For More Cengiz Under news and everything else on the Basaksehir star

Turkish-Football sources have yet to confirm the transfer and the club have not made an official statement.

What is clear is that Cengiz Under has been scouted by Premier League clubs.

“There were scouts from Premier League scouts and La Liga teams at the Besiktas derby,”Gumusdag was quoted as saying by Turkish-Football.

Turkish-Football sources reported that Manchester United were among the clubs monitoring Under.

Under has been nicknamed the ‘Turkish Dybala’ in Turkey due to similarities in both looks and playing style to the Juventus star.

The Turkish international star was recently singled out for praise on the official UEFA website after a brilliant breakthrough season.

The former Altinordu youth product has been directly involved in 16 goals this season, scoring nine times and providing seven assists.

Under joined Basaksehir for just £600,000 from Altinordu last summer, making a seamless transition from second-tier to Super Lig football.

The Istanbul minnows defied the odds and finished the season as runners-up.

Basaksehir could win their first piece of silverware in top-flight football when they take on Konyaspor in the Turkish Cup final.