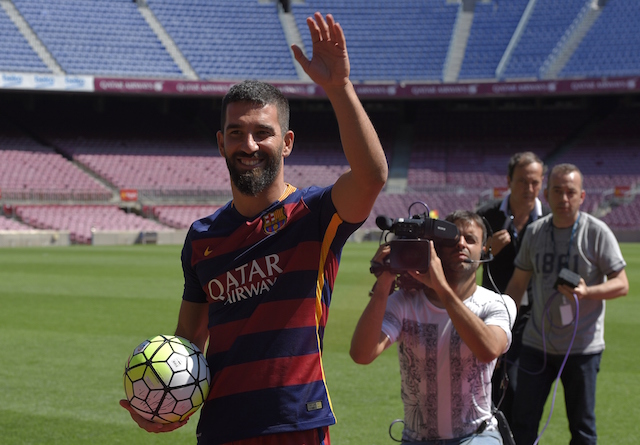 Turkey international Arda Turan appears to be on the verge of a Barcelona exit.

The 30-year-old midfielder has been left out of the Barcelona squad which takes on Alaves today. Meanwhile, the Turkish outlet Milliyet state that Barca have not allocated a squad number for Turan.

Furthermore, Barcelona completed the signing of France international Ousmane Dembele from Borussia Dortmund earlier this week. The move pushes Turan even further down the pecking order at Barcelona.

Premier League trip Liverpool, Arsenal and Manchester United have all been linked with a move for Turan in recent weeks.

Spanish outlet AS claim United boss Jose Mourinho is keen on signing Turan. Meanwhile, Both Liverpool and Arsenal have been linked with the flamboyant winger by the Sun.

Turan has three years remaining on his contract with the La Liga giants. The Turkey international provided seven assists and 13 goals in 30 appearances for Barcelona last season.