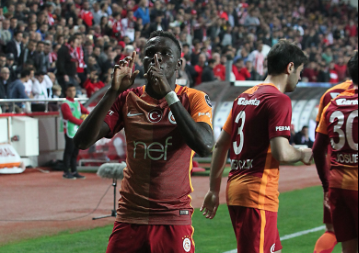 The Portuguese winger’s future at the Istanbul based club has been called into question after he declined contract talks in February. Bruma has under 18-months remaining on his current deal with Galatasaray.

Turkish-Football have learned that Bruma will not hold contract talks until the Galatasaray finance meeting in March. The in-demand winger wants assurances that the Istanbul based club are going in the right direction before putting pen-to-paper on a new deal.

Premier League giants Manchester United have recently been linked with the Portuguese star and a source close to the player revealed to Turkish-Football.com that Jose Mourinho’s side are monitoring the winger.

See More: For the latest Bruma news and everything else you ever wanted to know about the Galatasaray star

Bruma was also involved in a training ground bust-up with Galatasaray’s newly appointed manager Igor Tudor. The 22-year-old has scored seven goals and eight assists in 26 apperances for the Lions this season.