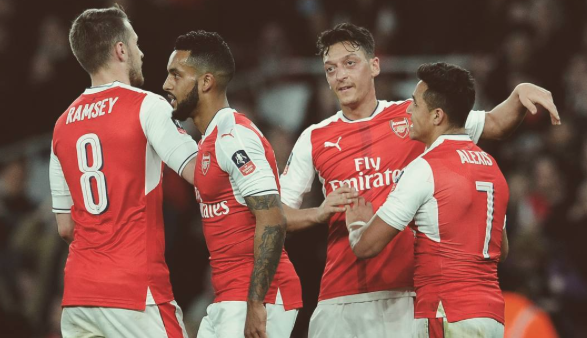 According to Goal, Jose Mourinho’s side are keen on signing the duo this summer.

Both Ozil and Chamberlain will have just 12 months remaining on their contract at the end of the season.

The Gunners may be forced into selling their star names rather than risk losing them for free in 2018.

Per the source, Mourinho has already begun plans for next season and wants to strengthen his midfield.

However, Goal go onto state that Ozil is reluctant to move from London to Manchester. The 28-year-old won the La Liga with Jose Mourinho during his spell at Real Madrid.

Robin van Persie made the move to Manchester United from Arsenal under similar circumstances back in 2012.

Arsenal take on Manchester City in the Premier League this weekend. Meanwhile, Man United take on West Brom on Saturday.