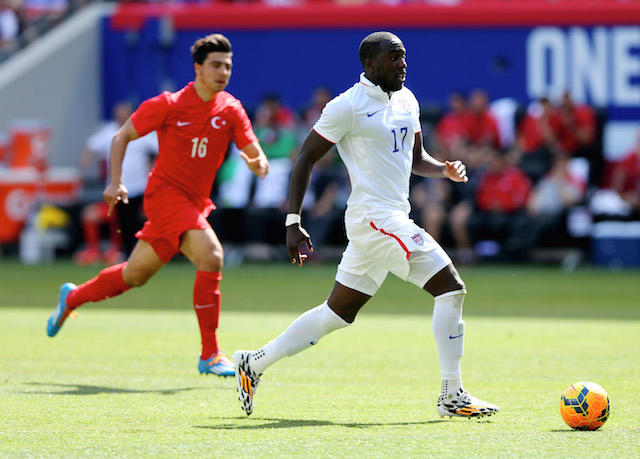 Bursaspor midfielder Ozan Tufan is on the verge of joining Besiktas according to the Milliyet.

The agent of Tufan, Ahmet Bulut revealed that Bursaspor will have the final say on whether he leaves the club over the summer.

“It is up to Bursaspor what happens next,” Bulut was quoted as saying to NTV Spor.

Besiktas manager Senol Gunes also confirmed that he would like to have Tufan in his Black Eagles side.

Tufan went from total obscurity into a household name in Turkey last season under the stewardship of Gunes.

Manchester United have also been closely linked with the young midfielder as have several other European clubs according to his father.

The Metro recently reported that Liverpool have also been monitoring the highly rated midfielder. The report claims that scouts were sent to watch the Turkish international towards the end of 2014-15 league campaign.