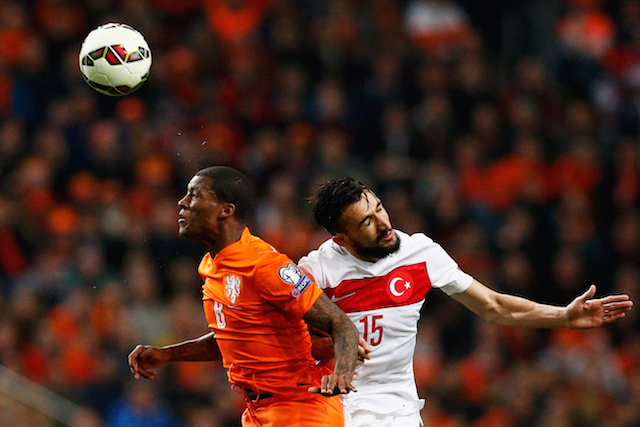 Manchester City have joined the race to sign Fenerbahce’s defensive midfielder Mehmet Topal according to the Turkish daily newspaper Posta.

The defensive midfielder nicknamed ‘spiderman’ has just a year remaining on his contract with the Istanbul giants and has yet to put pen to paper on a new deal.

Manchester City have long been linked with the Turkish international and were interested in singing him back in 2011 while he was at Valencia.

Topal will make a decision regarding his future at Fenerbahce by the end of the month according to Eurosport TR. Fenerbahce are understood to be preparing a bumper five-year-deal for the 29-year-old.

According to DHA, Liverpool and Everton are also preparing a move for the Turkish international while Tottenham and Chelsea are also reported to be interested.

Topal provided four assists and four goals in 41 appearances for Fenerbahce in all competitions this season.

Fenerbahçe finished the league season as runners up and booked a place in the Champions League play-off stages.