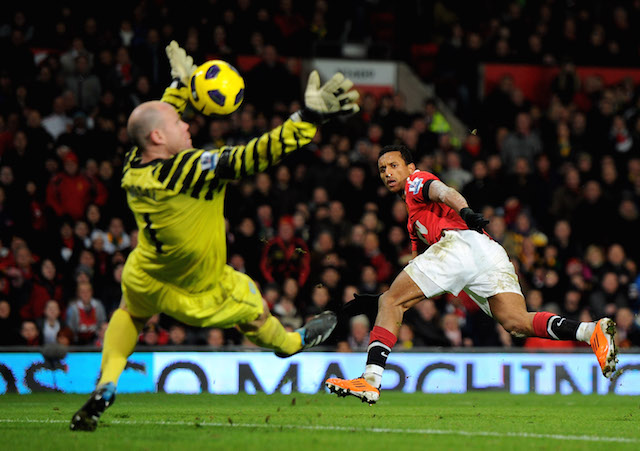 Manchester United winger Nani is expected to arrive in Turkey today according to the Metro.

Nani is reported to have agreed personal terms with Fenerbahçe and will join the Istanbul giants should a transfer fee agreement be reached with Manchester United.

Turkish newspaper HaberTürk claims that Nani will arrive in Turkey on Thursday instead.

Talks between Nani’s agent Federico Pastorello and Fenerbahçe sporting director Giulliani Terraneo are reported to have ended successfully with an agreement being reached.

The Sun reported that Fenerbahçe have made an €8 million bid and offered Nani a four year deal worth in the region on €3.5 million per-season.

Fenerbahçe are planning to complete their summer transfers before the pre-season period in order to prepare for the Champions League play-off stage which will get underway in July.

The Istanbul giants have already completed the transfer of Lille defender Simon Kjaer on a four-year deal.