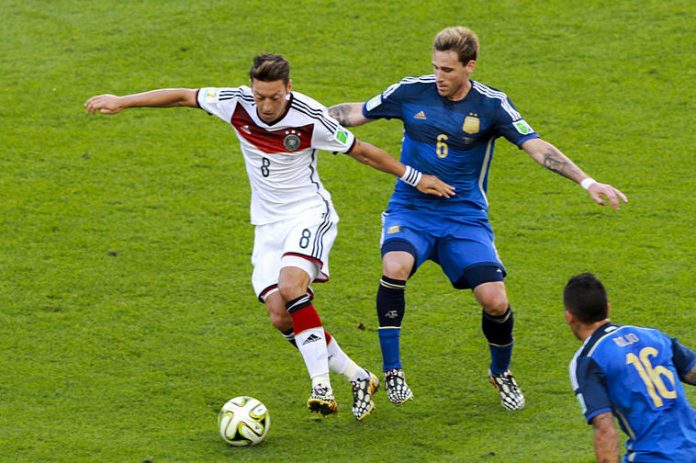 Arsenal attacking midfielder Mesut Özil has revealed that he has improved his work rate since on and off the field since recovering from injury.

“I am now the first is during training and the last to leave. This used to be the other way around,” Özil told the Express.

The World Cup winner has been criticised for not being assiduous enough in the Arsenal midfield.

Özil has however, improved his work rate since recovering from a knee injury that ruled him out of action for three months.

The 26-year-old has covered an average of 10.48 km before his injury and 10.84km since fully recovering and returning to the team according to the Telegraph.

Özil has also covered more distance per-game than any other Arsenal player since returning to the team.

The World Cup winner has scored three times and created four goals since returning to the starting team in January.