The club disclosed the financial details of the move on the Public Disclosure Forum (KAP) as is required by public listed companies in Turkey.

Ozil was earning £350,000-a-week at Arsenal, he was the highest-paid player at the club.

He has taken a pay cut in excess of 80 percent to join Fenerbahce where he will be earning €3m per-season.

The playmaker will not be paid a wage by the club for the second half of the 2020-21 season. 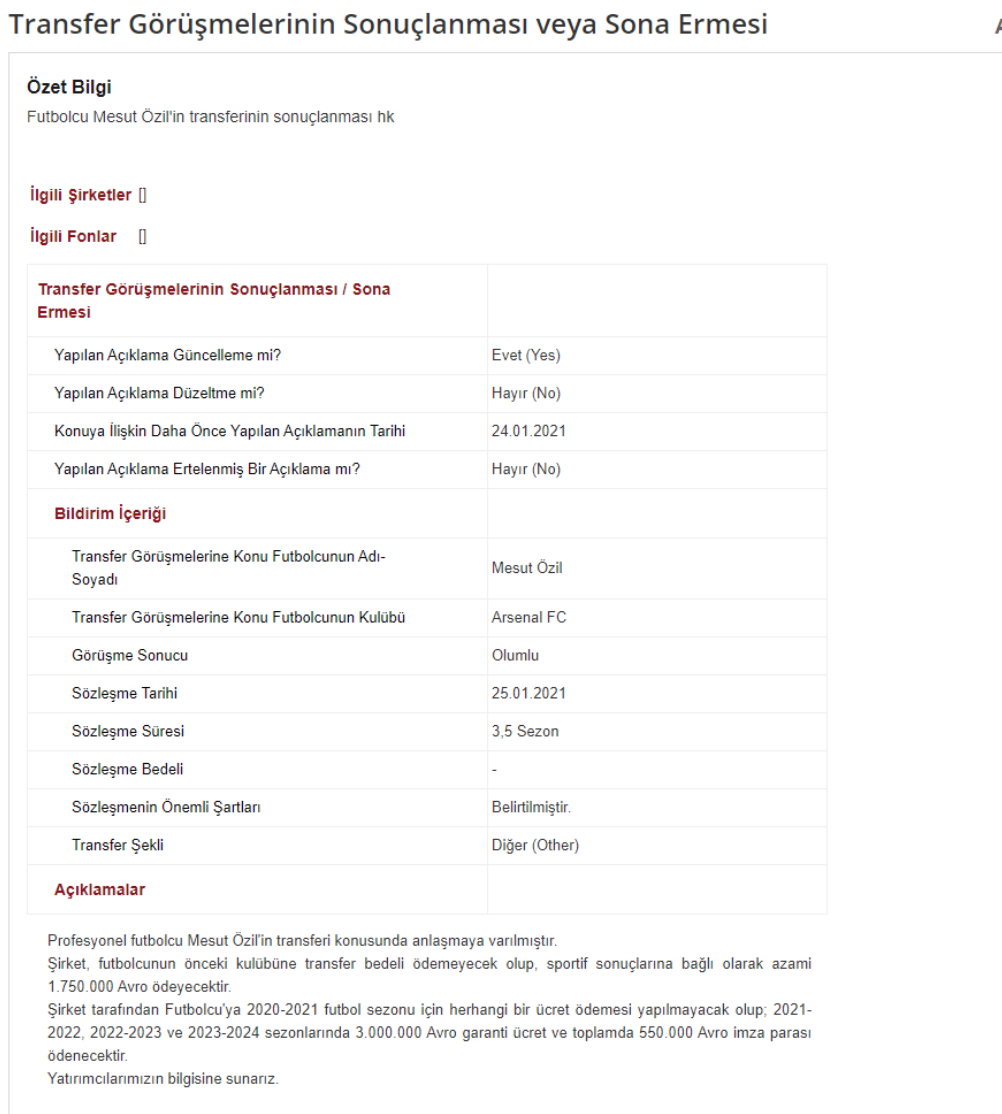 Ozil was officially unveiled as a Fenerbahce in a signing ceremony held in Istanbul.

The 32-year-old has been cleared to play for the Yellow Canaries after undergoing his medical.

He will be registered with the Turkish FA and be eligible to make his debut next week against Rizespor in the Super Lig.